Our fridge goes up to 11

Building on the success of their first event last year, Product Earth Expo pulled off a blinder in Peterborough over the weekend of 25th, 26th June. With attendance up appreciably at over 4.5k and getting on for twice as many exhibitors, this really was where the heart & soul of the British cannabis industry was to be found.

Concerns over being in the middle of nowhere at the East of England showground and clashing with Glastonbury were firmly put to rest. It’s clear the tightly controlled, sterile, BBC outside broadcast opportunity that is the Glastonbury festival is no longer the mecca it was for everything alternative in music, culture & lifestyle.

With over two thousand camping tickets being sold for the expo the festival side of this event has proved itself an inspired idea.

Two other inspired ideas worth mentioning were the amazing prize draw and the glass blowing demonstrations. Entry into the draw was free with just the one big prize, a goodie bag to end all goodie bags. Consisting of an item from each of the exhibitors at the show, and worth over £6k, this really was a prize worth winning.

The glass blowers, sponsored by Dabadman Headshop under the tag ‘Full Melt’, were set up in a large tent in the main outside arena with their own sound system and DJ’s. Some of the UK’s best artists created individual pieces and demonstrated techniques, all for the first time in the UK. A couple of times I ducked into the tent to escape a shower only to be mesmerised by the molten glass and the creations emerging from the flames. 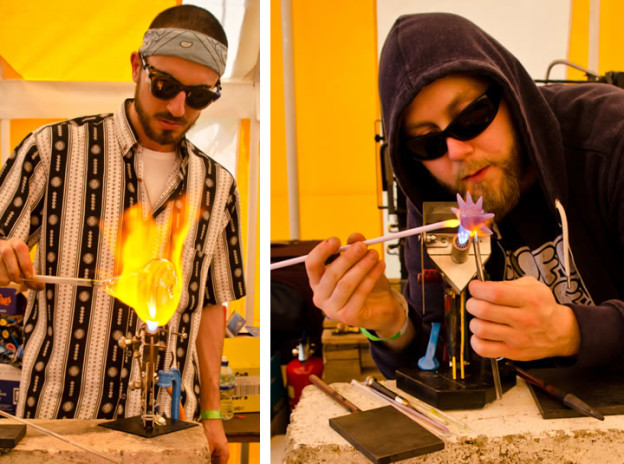 The resulting artwork will be auctioned off by Dabadman Headshop after the event, all proceeds will be given to The Mr. Nice Foundation, contributing towards the ongoing support for all of those affected by cancer. 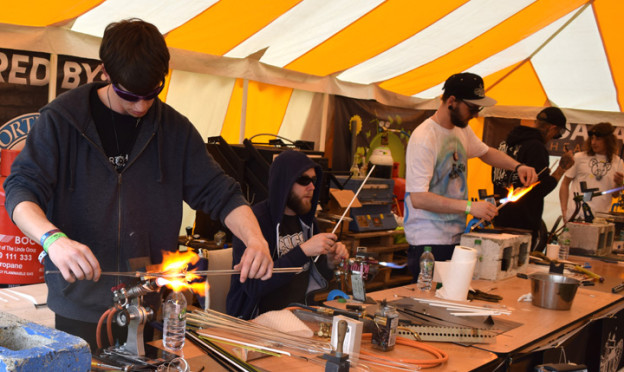 My main focus over the weekend was inevitably on the Freedom Seeds stand. We had a great position between the main entrance and the entrance to the arena and camping zones. This enabled us to enjoy the warm laid back vibe and meet the maximum number of visitors, a gratifying number of whom were aware of our company. 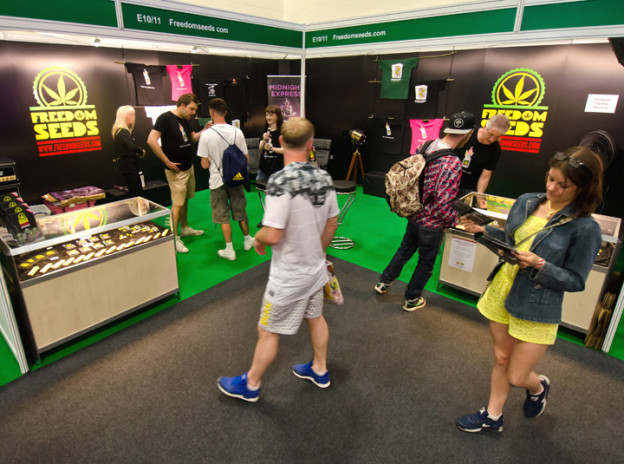 It’s hard to describe how nice it is to have strangers walk towards you with big smiles on their faces to tell you how pleased they are with products they have bought from you.

Our new T shirts went down well, especially the ‘tell it like it is’ Molotov design. The Raw skins, posters and other goodies we gave out were well received, particularly the poster of the stunning plant that is our Midnight Express Auto.

Caring for our seeds to ensure they reach you in premium condition is always a top priority and to this end we kept all the seed stock we had on the stand in a fridge. But not just any ol’ fridge, we had an officially licensed Marshall fridge that definitely did not look anything like what you would call ‘white goods’. Not only that, the knobs on the front go up to eleven – one cooler than the rest.

At one point during the weekend the film crew from main sponsors Ali Bongo dropped onto the stand and interviewed our Dani. You can see how she got on here. 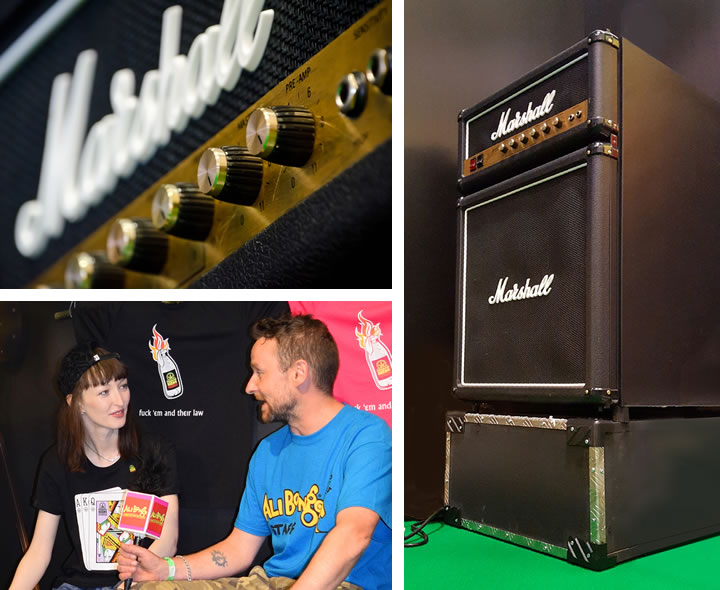 We spoke to many medical users of cannabis at the expo, most giving powerful testimony of how cannabis was helping them with a number of conditions. I will mention before I go one guy who had grown out some of our FreeBD strain. We advertise a potential 8% CBD for this strain, this guy had sent off a sample for gas chromatography analysis and it came back as 9% CBD, it doesn’t get much better than that! I must remember to mention that to our partners Scott Blakey and The CBD Crew.