Located at the end of an unassuming side street off La Rambla, there’s little hint from the outside of the hubbub going on within Barcelona’s latest smoke -filled cannabis club: Strain Hunters.

Since first officially appearing in Spain some years ago, cannabis social clubs have taken advantage of the country’s more relaxed attitude toward personal cannabis cultivation to create an environment where members and guests can relax and enjoy the fruits of their collective labours in an area of hazy legality. 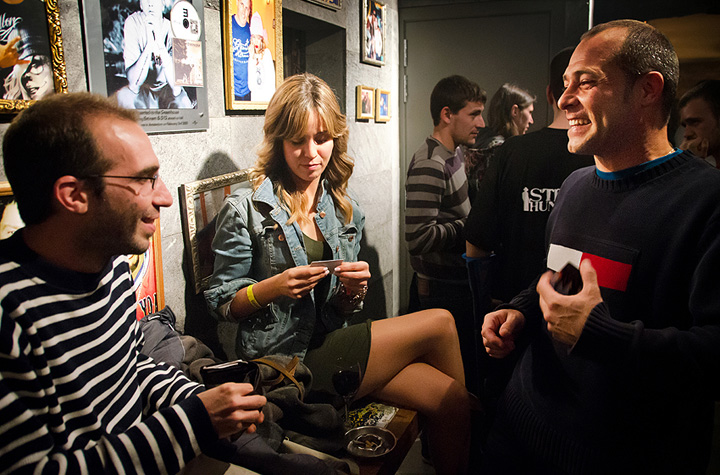 With the majority of these clubs in the Catalan and Basque regions, and Spain fast becoming the new mecca for cannabis tourism, it’s small wonder the guys from the Greenhouse/Strain Hunters seed companies have decided to get in on the action at its epicenter in Barcelona.

Although not yet officially licensed to sell beer let alone weed, Strain Hunters Club, or ‘SH Club’ for short, is packed solid with invited guests looking to check out this latest step on the road to cannabis acceptability.

Video screens hung from the walls showing Strain Hunters films along with a gallery of framed photographs featuring Richard Branson, Rihanna, Woody Harrelson & Alicia Keyes pressing flesh with the head honchos from the Greenhouse. I had a feeling of standing in some weird confluence of mainstream fame and counterculture lawlessness.

Tokers from across the world partied shoulder-to-shoulder and experienced this very Spanish phenomenon in a scene reminiscent of a prohibition-era speakeasy.

With benches at the front and a more relaxed seating area out back complete with DJ spinning tunes, if it wasn’t for the thick fog of weed smoke turning the air opaque this could be any other busy hipster bar on a Saturday night.